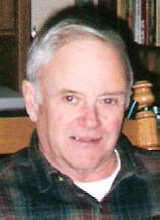 Albert J. Rother, formerly of Shokan, died Thursday, April 24, 2008, surrounded by his loving family, at Albany Medical Center. He was 80. He was born in Bronxville on January 15, 1928, a son of the late Albert and Anna Anschau Rother. Mr. Rother served in the US Navy from 1946 - 1948 during WW II. He married Marian Morello on September 19, 1954. Formerly of Westchester, Wittenberg and Kingston, for many years he lived on DuBois Road, Shokan. For 36 years Mr. Rother was a lineman for Central Hudson. He retired in 1988. His wife, Marian Rother died August 28, 1998. For the past two years Mr. Rother has lived with his daughter and family in Rensselaer. Surviving are his daughter Marianne Neumann and her husband William of Rensselaer; his grandchildren Michael, Suzanne and Timothy Neumann. Reposing at the Simpson - Gaus Funeral Home, 411 Albany Ave. on Sunday from 5:00 - 7:00 PM. A funeral service will be conducted on Sunday at 6:30 PM. Deacon Jack Peters will officiate. Inurnment will be in Wiltwyck Community Mausoleum at a later date.
To order memorial trees or send flowers to the family in memory of Albert J. Rother, please visit our flower store.