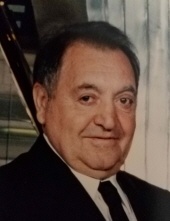 Born on December 16, 1933 in Agerola, Italy, Antonio was a son of the late Cattello & Maria Assunta Casanova Viviani. Antonio was affectionately known by many simply as ‘Pop’. Pop emigrated from Italy to the United States in 1956 in pursuit of the American Dream. Antonio originally put down roots in Astoria, Queens until moving upstate in the early 1970’s where he began his most notable career as a restauranteur. Pop first opened The Hillside Tavern in Cottekill, New York before opening what became his pride and joy, The Cedar Tavern in Kingston, New York. He could often be found behind the bar at The Cedar Tavern, serving drinks and socializing with his patrons and dear friends; one of his favorite past times. As the patriarch, Pop shared many traditions with his family; from Sunday dinners, to making wine and sauce. He was happiest when surrounded by his family and took great comfort in their joy.

Pop will be missed immensely by all who knew and loved him.

In addition to his parents, Antonio was predeceased by a son, Catellino J. Viviani and three siblings, Filomena Buonocore, Guiseppe Viviani and Alessandro Viviani.

The funeral procession will form from the funeral home on Saturday at 9:00 AM.

Simpson-Hammerl Funeral Home is honored to assist the family of Antonio with the arrangements.
To order memorial trees or send flowers to the family in memory of Antonio Viviani, please visit our flower store.