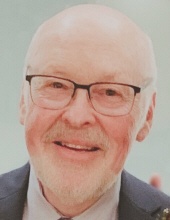 Arnold “Arnie” Jay Zepel, 71, of Kingston, died June 25, 2022, in his home surrounded by his family; and as he had for over 50 years, was holding Sharon’s hand. He fought a short but valiant battle with brain cancer.

Born in Malden, MA, he was the son of the late Irving and Eva (Prussman) Zepel. He was a wise and loving soul who represented the very best of what a person could be. Arnie graduated from San Diego State University with a triple major in Journalism, Film & Speech. After working as a Newsman on radio and tv, he spent the remainder of his career in the alcohol and drug field. For 20 years he was a spokesperson for Organ & Tissue Transplant Agencies, a charity that was close to his heart as his son, Jason, was an organ/tissue donor when he died.

As a retiree he loved to travel and volunteer. He volunteered for the Red Cross, the Ombudsman program, Court Appointed Special Advocates (CASA) and Congregation Emanuel of the Hudson Valley. At CEHV was President of Brotherhood, Trustee of the Board of Directors and eventually President of the Congregation. His life was rich with family, (he was especially proud of the beautiful bond between he and his grandson, Jaxon), friends, volunteering, travel, music, theater and baseball. A lifelong Dodger fan, he who knew every statistic of every player back to the beginning of MLB. Arnie’s legacy will always be one of giving to those in need, kindness and personal integrity mixed with refreshing wit and humor. His memory will live on in those who remain behind as his spirit now shines as the newest, brightest star in the heavens.

Arnie is pre-deceased by his late son Jason who passed away in 1994 at the age of 19, as well as his beloved canine companions Goldie and Rusty. His legacy will be carried forward by Sharon, his wife of 49 years, daughter Leah, grandson Jaxon, son-in-law Rob, brother and sister-in-law Barry and Janet, sister-in-law Denise, niece Sarah (Anthony), nephew Sean, great nephew Zachary, brother-in-law Stan (Tami), best friend Mark and cousin and lifelong friend Leo (Lee) He will also be dearly missed by a multitude of extended family and friends scattered throughout the U.S.

A Funeral Service will be held on Wednesday, June 29, 2022 at Congregation Emanuel of the Hudson Valley, 243 Albany Ave, Kingston at 10:00 AM with Rabbi Yael Romer, officiating.

Simpson-Hammerl Funeral Home is honored to assist the family of Arnie with the arrangements.

In lieu of flowers, please donate to CEHV or a charity of your choice.
To order memorial trees or send flowers to the family in memory of Arnold J. Zepel, please visit our flower store.