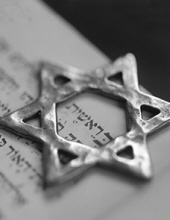 Born in Brooklyn, he was a son of the late Nathan & Ida Malumud Shapiro. Artie was a veteran of the US Airforce. He worked as an electronics technician for area Defense Industry on Long Island, including Republic Aviation and American Bosch Corp., Lorel, Kollsman Instruments and Budd Electronics. He retired at age 42.

Artie managed and coached “Gil Hodges” Little League. He was a member and volunteer at Congregation Agudas Achim, a former member of Congregation Emanuel and past Commander, Jewish War Veterans, Post #625, Poughkeepsie. He was also a Shop Chairman/Steward for T.W.U. Local 100, Coney Island.

A Graveside Service was held at Montrepose Cemetery.

Simpson-Hammerl Funeral Home is honored to assist the family of Artie with the arrangements.

Online condolences may be left for the family of Artie by visiting www.SimpsonHammerl.com
To order memorial trees or send flowers to the family in memory of Arthur Shapiro, please visit our flower store.