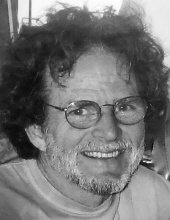 Benjamin B. Whitcomb, III, 72, passed away after a long illness on Friday, April 23, 2021. His family is grateful for the excellent care he received at HealthAlliance Hospital Broadway Campus.

Born in Hartford, CT, he was a son of the late Benjamin & Margaret Pike Whitcomb.

Benjamin is survived by his wife Lisa Whitcomb, and two daughters, Rose & Maria Whitcomb, his brother, Stuart (Una) Whitcomb, and two sisters Katherine (Paul) Dudzinski and Judith Whitcomb, and several loving nieces and nephews. He graduated from the Loomis School, then studied Art History and Architecture at Bowdoin College, ‘71. Benjie was an accomplished sailor all his life, and was Captain of the schooner, Harvey Gamage, and in 1994 he was relief Captain of the sloop Clearwater. He worked as a craftsman in his business, Captain’s Carpentry, was a devoted “Band Dad” for the Kingston High School Tiger Band, and used his skills to design and assemble the stage for Phoenicia Festival of the Voice. He knew every mountain in the Catskill Mountain range, he loved to study maps, ski, hike, and enjoy the outdoors with family and friends. He made Ulster County his home.

Funeral Service and Interment will be held privately.

Online condolences may be left for his family by visiting www.SimpsonHammerl.com. In lieu of flowers, his legacy may be remembered by donating to Phoenicia Festival of the Voice, KHS Band Boosters, the Hudson River Maritime Museum, or the Sloop Clearwater.
To order memorial trees or send flowers to the family in memory of Benjamin B. Whitcomb, III, please visit our flower store.