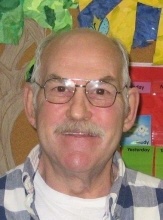 Carl Lundstrom of Governor Clinton Apartments, Albany Ave., Kingston died Tuesday, August 20, 2013 at his home. He was 66. Carl previously worked as a taxi driver in Kingston and at Ulster Greene ARC's Pilot Industries. Surviving are many dear friends at Community Habilitation and Ulster Greene ARC. Friends may gather at 10:30 am on Tuesday at Simpson Gaus Funeral Home, 411 Albany Ave., Kingston. A celebration of Carl's life will then be conducted at 12:00 at the funeral home. Inurnment will follow in Montrepose Cemetery. It is with great sadness that I communicate the passing of Carl Lundstrom who lived in the Kingston community in his own apartment with his beloved pet and friend "Little C". Carl was a feisty man who had a wry sense of humor and a charming smile. Carl was proud to have been employed as a taxi driver and to have held other employment locally. He also worked at Pilot in Kingston and belonged to the Rapid Hose Fire Company. Carl loved being a prankster and really enjoyed getting over on people. He enjoyed playing along with phone solicitors, pretending to be really interested in what they were selling and then tell them he'd call them back later and just hang up. Carl liked being a ladies man, loved to flirt and enjoyed a night painting the town red. He loved his cat, "Little C" who was a great companion to him. Carl received services through the Community Hab program since 2008. He enjoyed the activities and the support he received for community living. He recently was assisted by Community Habilitation staff Alissa DeBaun, Tammy Nickerson, Jen Tortorella, and Patti Osborn. Other staff who also worked with Carl are Kristina Cotto, Carol Castle, Kathleen Campbell and Donna Wells. Carl also received much support from Kim Litts and Sara Sellers-Atkins. Carl loved going in the community with his staff, and enjoyed coming into the Comm Hab office to chat. He enjoyed a trip to Lake George with his Community Hab provider and he also took a boat trip from the Roundout last year. Carl liked watching the parades in Kingston. He also enjoyed frequenting Stewarts in Kingston taking pleasure in a chocolate, vanilla and strawberry shake. Carl was a fan of the tv show NCIS. Carl could be very stubborn and outspoken at times. When Carl got to know someone better he exuded a lot of warmth and kindness. As you can see Carl has touched a lot of lives and hearts and his strong presence will be very much missed.
To order memorial trees or send flowers to the family in memory of Carl Lundstrom, please visit our flower store.