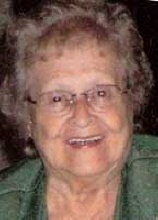 Carmel Perry Fabiano of Willow St., Kingston died Thursday, March 31, 2011 at Kingston Hospital. She was 87. A native and lifelong Kingston resident, she was a daughter of the late Frank and Rose Garafalo Perry. A graduate of Kingston High School, Carmel later graduated Richard I Beauty School. For over 30 years, as a hairdresser, she owned and operated Joann's Beauty Salon, Kingston. Carmel was a parishioner of Immaculate Conception Church and the Glasco Ladies Auxiliary. Beloved wife of the late Alfred Fabiano who died April 23, 1981; loving mother of Louis Fabiano and his wife Sharon of Kingston and Joann Petruski of Kingston; grandmother of Anthony and Jennifer Fabiano, Aimee Fabiano and Ashlee Petruski; sister of Julia Tiano of Kingston, June Pawlows of AZ, Michael Perry of Kingston, Paul Perry of Accord and the late Mary Alecca, Angeline Lange, Concetta Mauro, Rose Lent and Helen Kearney, five brothers Eugene, Louis, Albert, Joseph and Carlo Perry. Many nieces and nephews and her favorite companions Molly and Trixie also survive. Reposing at the Simpson - Gaus Funeral Home, 411 Albany Ave. on Sunday from 3:00 - 8:00 p.m. The funeral procession will form on Monday at 9:00 a.m. at the funeral home. A Funeral Mass will be celebrated at Immaculate Conception Church at 10:00 a.m. Interment in Mt. Calvary Cemetery.
To order memorial trees or send flowers to the family in memory of Carmel Perry Fabiano, please visit our flower store.