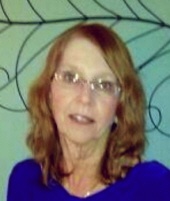 Celia "Sis" Michaels, of East Chester St. Kingston, died Wednesday, April 25, 2018 at Vassar Brothers Medical Center surrounded by her loving family. She was born on July 24, 1950, the daughter of the late George T. DeCicco, Sr. and Marjorie C. (Dubois) DeCicco of East Kingston. Sis was employed at Shoprite of Kingston for 37 years where she was a proud member of UFCW Local 1262 until her retirement in 2005. She was most importantly, a devoted mother, grandmother, sister and friend. Sis was known for her genuine heart and her ability to offer support to others; whether it was a kind word, a listening ear, advice given, or deed done, Sis was always there. She was tiny in stature but made up for her size with the amount of love she selflessly gave to those around her. She took great pride in her family but the greatest accomplishment was her grandchildren. They were the light in her eyes! Celia is survived by her two children, William J. Michaels Jr. of Yuma, AZ, and Jennifer Georges and her husband Harry of Kingston, four sisters, Nancy Allen, Patricia Vedder, Ada Zehnick and her husband Joseph Sr., and Brenda DeCicco, two brothers David and Richard DeCicco, three grandchildren, Rhasson London, Sophia and Gabrielle Georges, and a very special nephew, Joseph Zehnick, Jr. Many nieces, nephews, and very dear friends also survive. In addition to her parents, Celia was predeceased by her brother, George T. DeCicco Jr. and her former husband and close friend William J. Michaels Sr. Celia will be reposing at the Simpson-Gaus Funeral Home, 411 Albany Ave on Thursday, May 3, 2018 from 3-5 and 7-9 PM. The funeral procession will form from the funeral home on Friday at 9:00 AM. A Funeral Mass will be celebrated at 10:00 AM at St. Colmans Church, East Kingston. Interment will follow in St. Marys Cemetery. In lieu of flowers the family requests that donations be made in Celia's name to New York Columbia Presbyterian Hospital Lung Transplant Program, 622 West 168th Street, PH-14, New York, NY 10032-3784.
To order memorial trees or send flowers to the family in memory of Celia M. "Sis" Michaels, please visit our flower store.