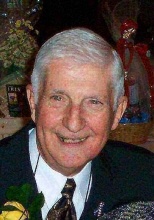 Charles H. “Chuck” Beckwith, of Clifton Ave., Kingston, passed away peacefully on February 23, 2004 at Benedictine Hospital after a short illness. He was 70. He was born December 21, 1933 in East Hampton, Long Island to the late Cecil and Grace Talmadge Beckwith. Mr. Beckwith received his Bachelor of Arts in French and English Education & Master of Arts in Education Administration from the State University of New York at Albany. He served proudly for several years in several local school districts as French and English teacher. He then accepted his assignment as the Supervisor of Foreign Languages in the Kingston City Schools Consolidated. He retired in 1989. Mr. Beckwith will long be remembered by students, staff and faculty as a man of integrity and fairness. He was a true mentor and a teacher who was remembered for his humor, quick wit and love for his chosen profession. A veteran of the U.S. Army, he served honorably in the European Theater of Operation from 1956 – 1958. Upon completion of his military service, Chuck returned to upstate New York to marry Joan DeCicco. Their 44 year love affair has been spent doing a great deal for others in our community. Together, through thousands of hours of volunteer work, they have touched the lives of children, young women and seniors. Chuck spent hours hitting ground balls to scores of “little girls with big ideas” at Kingston American Little League. He has remained a positive force in the lives of many scholarship recipients through his work as the co-Executive Director of the Miss Ulster County Scholarship Program. Additionally, he has worked tirelessly to make the lives of seniors at the Hudson Valley Senior Residence more entertaining as a member of their Board of Managers for the past 14 years. He was also a parishioner of St. Joseph’s Church. Mr. Beckwith was dedicated to all aspects of his life, especially his family. In addition to his wife, he is survived by his mother in law, Mary DeCicco of Kingston. He leaves three daughters, Michele J. Artist and her husband Thomas of Kingston, Catherine M. “Cay” Martin and her husband James of Ellington, CT, and Mary R. Beckwith and her partner Bilinda Phillips, of Kingston. Chuck is also survived by two “perfect” grandchildren Cassandra Artist and Reid Martin, and many family members that became family through marriage. He is survived by two brothers, their wives and families: Guy & Shirley Beckwith of Ft. Worth, TX and Paul & Bernice Beckwith of East Hampton. He also leaves five very special grand-dogs who brought him great joy and happiness! He was predeceased by a sister, Carrie Patterson and a very special friend, his father in law, Michael DeCicco in 1988. Reposing at Simpson – Gaus Funeral Home, 411 Albany Ave. on Tuesday 7-9 and Wednesday 2-4 and 7-9 PM. The funeral will be Thursday at 9:15 from the funeral home. A Funeral Mass will be celebrated at St. Joseph’s Church at 10:00 AM. Entombment will be in Wiltwyck Community Mausoleum. His legacy lives on through those who have been honored to call him friend. Memorial contributions may be made to the “Charles H. Beckwith Memorial Scholarship Fund”, c/o Kingston High School, 403 Broadway, Kingston, NY 12401, for students pursuing a career in Foreign Language Education. Donations may also be made to the “Miss Ulster County Scholarship Program” c/o Michele Artist, Treas., 37 Lipton St., Kingston, NY 12401 or to a charity special to you in Chuck’s name.
To order memorial trees or send flowers to the family in memory of Charles H. Beckwith, please visit our flower store.