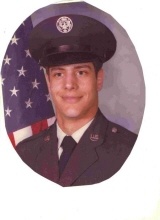 Charles J. Ascarino Jr. of Dover, Delaware and formerly of Glasco, NY died Monday, April 30, 2007 at his home after a courageous battle with liver disease. He was 47. He was born in Kingston on January 1, 1960 a son of Yvette Dorval Ascarino and the late Charles John Ascarino. Charles was raised in Glasco and attended Saugerties High School. Charles had served his country proudly in the United States Air Force as an aircraft mechanic for over 20 years. He was a loving, caring man. He enjoyed fishing, hunting, and working with his hands. He was a wonderful craftsman, making everything from a bamboo walking stick, to a bamboo saxophone. He enjoyed food to no end and was magic in the kitchen. He is survived by his soul mate Carol Anne Shockley of Dover, three children Charles (CJ) Ascarino II of Dover, Amber Marie Ascarino of Dover and John Joseph Ascarino of Taylors, SC, his mother Yvette Ascarino of Kingston, two sisters Debra Guido of Ulster Park and Melissa Silvestro of Frisco, TX, a brother Steven Ascarino of Saugerties; several aunts, uncles, cousins, nieces and nephews. A Memorial Mass will be celebrated at St. Joseph's Church, Kingston on Saturday at 2:00 PM.
To order memorial trees or send flowers to the family in memory of Charles J. Ascarino Jr., please visit our flower store.