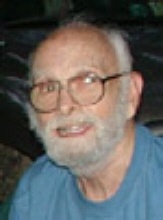 Charles T. Amato, formerly of Kingston and Vireo Ave., Bronx died Sunday, October 30, 2011 in Vesuvius, VA. He was born in Kingston, the son of the late Charles and Anna Nardi Amato. Mr. Amato graduated from St. Mary's School in 1943 and Kingston High School in 1947. He graduated from Moran Business School with a Diploma in Accounting in 1948. In Kingston, he was an altar server and choir member of St. Mary's Church from 1943 - 1956. He was a lector in St. Barnabas Church in the Bronx from 1967- 1980. In Kingston he worked at Mohican Bakery, Tom McCann Shoes and Gallups Jewlers in Kingston, prior to joining Western Union. Mr. Amato attended the Western Union Telegraph Company School in Camden, NJ in 1949. At Western Union, he served as a Telegrapher from 1949-1957, World Headquarters Marketing from 1957 - 1968 and Administrator of the PR News Wire Service Subsidiary from 1969 - 1970. He was Corporate Administrator from 1970-1974. He retired in 1974 following 25 years of service. Following retirement from Western Union, he worked in records retention for Seamen's Bank for Savings in New York and Flushings Savings Bank in Queens and the Data Port Company, NY, NY. He was an Associate Member of the American Association of Interior Designers from 1968-1980. He was a 4th. Degree member of the Knights of Columbus, Council #326, Bronx and the railroad club. He was married to the late Joan Geary Amato who passed away in 1990. Surviving is his daughter, Daria Amato of Gaithersburg, MD. Many nieces, nephews and cousins also survive. A son John and his sister, Dorothy Sarkies died previously. Friends will be received at the funeral home on Friday from 6 - 8 PM. A funeral procession will form at the funeral home on Saturday at 9:00 AM and process to St. Mary's Church for a 10:00 AM funeral Mass. Interment will follow in St. Mary's Cemetery. In lieu of flowers, memorial contributions may be directed to St. Mary's Church, 166 Broadway, Kingston, NY 12401 or to the National Multiple Sclerosis Society, 1650 South Ave., Suite 100, Rochester, NY 14620.
To order memorial trees or send flowers to the family in memory of Charles T. Amato, please visit our flower store.