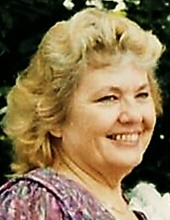 Born in Columbus, IN, she was a daughter of the late Mode & Evelyn Boyle Calhoun. Charlotte was a Rainbow Girl and half of the Calhoun Sisters Duo. Charlotte graduated from Ball State Teacher’s College in Muncie, Indiana and took her talents to Hawaii where she studied at the University of Hawaii and taught at Kailua High School. While living in Honolulu, Charlotte met Robert Elander, who was stationed there with the U.S. Navy. After a whirlwind romance, Charlotte and Robert were married in Hawaii on January 19, 1959. The pair moved to Indiana while Robert attended Indiana Technical College. Robert’s first job after graduation was with IBM which brought the Elanders to Kingston, New York, in 1962, just two weeks after the birth of their third child. In 1975, Charlotte earned her Master of Science in Education from SUNY New Paltz and taught in the Kingston City School District.

Charlotte helped Robert on their farm, exhibiting their award-winning Oxford Sheep throughout the Northeast. She became a leader in the Black Forest 4-H Club and contributed to the Cooperative Extension of Ulster County. Having fallen in love with traveling while taking business trips with her husband, Charlotte became a travel agent and went on adventures all over the world. Courageous Charlotte earned her pilot's license and took to the skies in the small plane she owned with her husband, Robert. She joined a bowling league, golf league, the Red Hat Society and was an active member of Woodstock Fire Company #4 Women’s Auxiliary.

In addition to her parents, Charlotte was predeceased by her brother William Calhoun and a grandson, Richard Z. Dunn.

Interment will be held privately.

Condolences may be sent to R. Elander at P.O. Box 359, Lake Katrine, NY 12449.
To order memorial trees or send flowers to the family in memory of Charlotte Elander, please visit our flower store.