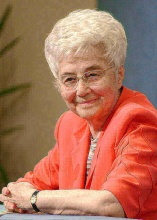 Chiara Lubich, who became one of the most influential women in the Roman Catholic Church as the founder of the Focolare lay movement, which works to improve ties among faiths, died on Friday, March 14, 2008 at her home south of Rome. She was 88. As a measure of her stature, Pope Benedict XVI, sent the movement a telegram of condolence on Friday, praising her "constant commitment for communion in the church, for ecumenical dialogue and for brotherhood among people." The center of the Movement for North America, located at 200 Cardinal Road in Hyde Park, will be holding a memorial service in her honor this Sunday, April 6, 2008 from 2:00 PM to 5:00 PM. It will begin with a solemn Catholic Mass, which will be followed by interreligious, ecumenical testimonies and reflections. The program will end with a reception. All are welcome. For more information and directions, please call (845) 229-0230, ext. 133 or e-mail Luminosa@focolare.us.
To order memorial trees or send flowers to the family in memory of Chiara Lubich, please visit our flower store.