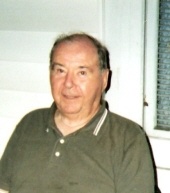 Clarence W. "Sonny" Lown of Roosevelt Ave., Kingston died Friday, February 6, 2009 at Kingston Hospital. He was 85. He was born in Red Hook on July 31, 1923, a son of the late Frederick and Florence Lown. A US Army Veteran of WW II, he was a Staff Sergeant. He served with the Signal Corps in Belgium, Germany and France and fought during the Battle of Normandy. He was awarded the ETO Ribbon with 5 battle stars. Sonny was a life member and former Commander of the V.F.W., Joyce-Schirick Post 1386. For many years he worked for the Sylvan Lake Telephone Company in Dutchess County. He belonged to the Telephone Pioneer's of America. Sonny later worked, part time, with the UC Sheriff's Department as the cook at the Ulster County Jail. He was an Honorary Member of the UC Police Chief's He also was a delivery driver for Begnal Motors, Kingston. An avid golfer, Sonny had a hole-in-one in 1964 at Red Hook Golf Club. One son Frederick William Lown and one daughter Carol Jean Cole both died previously. Surviving are his wife, Diane Brayman Lown, one daughter Sharon Lown and Paul Pezzulich of Red Hook, six sons Robert Lown and his wife Geraldine of Red Hook, Donald Lown and his wife Jennifer of Red Hook, Douglas Lown and Jeffrey Lown, both of Red Hook, Michael Coughlin and his wife Barbara of Town of Ulster and Christopher Coughlin and his wife Renee of Town of Ulster; and one sister Gladys Fell of Red Hook, 14 grandchildren, 6 great grandchildren, several nieces and nephews. Reposing at the Simpson - Gaus Fuenral Home, 411 Albany Ave. on Monday 4:00 - 8:00 p.m. The V.F.W. Joyce-Schirick Post #1386 will conduct at 7:30 p.m. ritual at the funeral home. A Funeral Service will be conducted on Tuesday at 12:00 at St. John's Episcopal Church, Albany Ave., Kingston. The Rev. Duncan A. Burns, Rector will officiate. Cremation will be in Poughkeepsie Rural Cemetery. St. John's Church Columbarium inurnment will be at a later date.
To order memorial trees or send flowers to the family in memory of Clarence Sonny W. Lown, please visit our flower store.