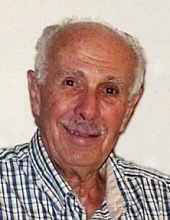 Born in Dover, New Jersey, he was the son of the late Ford & Virginia Nygren Smith.

Craig attended Lafayette College and served in the United States Marine Corps during the Korean War. Soon after his discharge in 1956 he relocated to Kingston to take a job with IBM where he worked until his retirement in 1990. He later returned to college to learn German and pursue his interest in geology. He learned to ski as a young adult and eventually became a professional ski instructor. He taught until just recently for over 40 years combined at both Belleayre Mountain and Windham.

Craig was a member of Grace Community E.F. Church and very active in the local community having volunteered for over 30 years in the Hurley Little League, specifically with the girls softball program. He was a member of the Hurley Heritage Society, the Hudson River Maritime Museum, Trail Sweepers Ski Club, the Marine Corps League and also the Ulster County Civil Air Patrol. His passions included teaching others to ski, spending time in his flower gardens, bowling and golf.

In addition to his parents, Craig was predeceased by his wife, Doris Ferguson Smith, who passed in 2010.

A Funeral Service will be held on Friday at the funeral home, at 11:00 AM with Pastor Wes Smith from Grace Community Church.