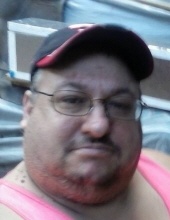 Born in Kingston, New York, he was the son of David A. and the late Patricia (Dugan) Schwartz.

David worked as a tow truck driver for Perry’s Mobil, a security guard for the Shire Reeves Security, at ARC in the transportation department and as a tow truck driver for Mobile Tec
He was a frequent visitor at the American Legion Hall in Lake Katrine, and enjoyed watching movies of all genres-both old and new. He loved barbeques and could be found manning the grill and doing all the cooking. He was happiest spending time with his many friends and family members, especially his son, Patrick and grandson, Logan.

In addition to his mother, David was predeceased by his brother, Robert Dugan; his niece, Hope, his nephew, Justin and several aunts and uncles.

A funeral service will begin at 7 p.m. at the funeral home with Pastor Paul Britton of Immanuel Lutheran Church, officiating.


Interment will be privately held.

A memorial barbeque will be held in the summer, at a date to be decided by his family.

Simpson-Hammerl is honored to assist David’s family with the arrangements.
To order memorial trees or send flowers to the family in memory of David F. Schwartz, please visit our flower store.