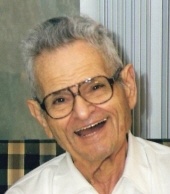 David H. Greenwald, of Westbrook Place, Kingston died Saturday, December 22, 2007 at Kingston Hospital. He was 96. He was born in the Bronx on January 11, 1911, a son of the late William and Anna Zucker Greenwald. He married Flora Glowitz on December 17, 1939 in the Bronx. Mr. Greenwald received his law degree from St. John's University. He practiced law in New York City and represented the Bronx Kosher Butchers Association. In 1957 he moved to Yonkers and served as President of B'nai Brith. Mr. Greenwald moved to Kingston in 1961 and established a law practice in the city. He was served as City Court Judge under former Mayor Frank Koenig and served for 5 years. He was then appointed by former Mayor Peter Mancuso as Police Commissioner. Remaining active in the community, Mr. Greenwald was a driving instructor for A.A.R.P. A retired Kingston City Court judge, he practiced law in Kingston for many years. Surviving are his wife of 68 years, Flora Glowitz Greenwald; two sons Joel C. Greenwald and his wife Claire of Torrance, CA and Roger J. Greenwald and his wife Natalie of San Diego, CA; one sister Charlotte Greenwald of Charlotte, NC. One brother, Saul Greenwald died previously. Funeral services will be conducted on Wednesday at 12:00 at Simpson - Gaus Funeral Home, 411 Albany Ave., Cantor Bob Cohen will officiate. Interment will be in Montrepose Cemetery. Memorial contributions may be made to a charity of your choice.
To order memorial trees or send flowers to the family in memory of David H. Greenwald, please visit our flower store.