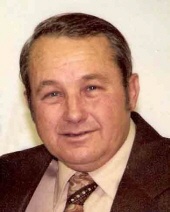 Eulogy delived by Cindy Crowley at St. Colman's Church: Our friendship with Dave began 23 years ago when we moved next door to the Nagy's and Dave promptly showed us the property lines. And so began our journey as neighbors. Our family grew and grew (Poor Dennis!Dave would say and I would respond, what do mean Dave ? He is the luckiest guy in town) We started with 3 children and quickly added 6 more over the years. Our son Dennis would be playing outside and as soon as he saw Dave he would yell over "Hi Dave". They became fast friends and Dennis would inevitably return home with a lollypop or ice pop or even a whole box of ice pops (they were on sale Dave would say.) This "Hi Dave" routine continued with Cassie, Thomas , Tim and Jack followed by Dave's booming voice, calling back Hi Den or Cass or Tom or Tim or Jack. So, what can I tell you about Dave? That he loved his wife and daughters, the Navy and his country, oh and the president,,, not so much.. He gave the impression that he was tough and hard but in reality, he was a mush especially when it came to children. Even through his own personal heartache, he was always open and giving to the children in his life. My own children all have the bookcovers and pencils he picked up at the Recruiters office and gave to them. He always enjoyed a good laugh and tease. He would tell Annette she was his favorite niece and I would say yes, but we all know who your favorite neighbor is. He would laugh and say I had that sewn up. I shared many cups of coffee with Dave and Phyllis over the years and also many recipes. I especially remember how they taught me to make those famous meatballs and Dave specifically told me to use Unflavored breadcrumbs. Well, I went to Sams Club and all they had were flavored crumbs. So I made the meatballs and Dave came over to sample them. You know, just to make sure I got it right. He ate a meatball and said "I told you to use unflavored breadcrumbs" So, I guess you can say you always knew where you stood with Dave. There was never a time you had to say, "So tell me how you really feel Dave" He was honest and up front. And if any of you sitting here has any doubts about where you stood with him, just ask Phyllis to show you her phone book. If he had issues with you, your name is surely blacked out. When Phyllis called on Tuesday morning, the last thing I expected was that I would never get the opportunity to bust Dave's chops again. In fact on the way to the hospital, I said to Phyllis that I was really going to bust him this time. I was going to tell him he owed me big time because I saved his life. I could not believe what was unfolding so quickly before us and that I was not able to save my friend. I guess Garth Brooks summed it up well in his song, The Dance: And I , I'm glad I didn't know the way it all would end, the way it all would go. Our lives are better left to chance, I could have missed the pain, but I'd have had to miss the dance. Dave, we're grateful to have had the time we all shared with you. In closing, I want to say to Phyllis, you are a dear friend and I will always be here for you To you, Dave Nagy, I say RIP, you were the definition of the word neighbor. We will miss you and regret that we will never hear our grandson yell over "Hi Dave!" ----------------------------------------------------- David S. Nagy of Flatbush Road, Town of Ulster died Tuesday, October 19, 2010 at Kingston Hospital. He was 76. He was born in East Kingston, a son of the late John J. and Elizabeth M. Balugh Nagy. In 1952 he joined the US Navy and served active duty unil 1955. On November 2, 1956 he married Phyllis A. Perry. For most of his working life Mr. Nagy was a bricklayer and a member of the Bricklayers & Allied Craftworkers Local #5, NY. He retired at age 55. A parishioner of St. Colman's Church, Mr. Nagy was a patriot who supported everything "US Navy." He enjoyed gardening and canning. Brother and sisters, Elizabeth Kostecky, John Nagy, Anna Demeter, Mary Bouchard, Barbara Pusty, Bertha Parker, George F. Nagy, Peggy Dowd, Kay Hansen and Lorraine Carrol all died previously. Surviving are his wife of 53 years, Phyllis A. Perry Nagy, two daughters Joanne Schneider and her husband John of State College, PA, and Doreen Nagy of Kingston; one brother James Nagy of Kingston; one sister Eleanor Faltys of California; one grandson, 2 great grandchildren; many nieces and nephews. Reposing at the Simpson - Gaus Funeral Home, 411 Albany Ave. on Thursday from 7-9 and Friday 2-4 and 7-9 p.m. The funeral procession will form on Saturday at 9:00 a.m. from the funeral home. A Funeral Mass will be celebrated at St. Colman's Church, East Kingston at 10:00 a.m. Entombment, with military honors by Joyce-Schirick Post 1386 Color Guard, will follow in Wiltwyck Community Mausoleum. Memorial contributions may be made to the American Diabetes Assoc, 50 Colvin Ave., Albany, NY 12206-1106 and the American Heart Assoc., POB 417005, Boston, MA 02241-7005. Donation envelopes will be available at the funeral home.
To order memorial trees or send flowers to the family in memory of David S. Nagy, please visit our flower store.