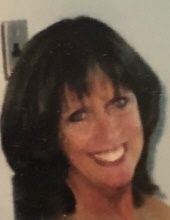 Dawn Marie Van Wagenen (Baird) of Kingston, N.Y., passed away peacefully on Monday, March 18, 2019, with her family by her side.

Dawn’s extraordinary life began on March 23, 1957 at St. Francis Hospital in Poughkeepsie, NY. Born to the late Thorne Murphy and Marie Robertson Baird, her parents quickly acknowledged their daughter’s zest for new experience, strength amidst challenges, and commitment to her family; a theme that remained consistent throughout all her years to come.
Early schooling began at Fishkill Plains, and then progressed to Roy C. Ketcham High School where Dawn steadily achieved High Honors. Her education continued as she attended Dutchess Community College, pursuing and achieving an Associate Degree in Applied Sciences. Her efforts were focused on developing skills as a Community Mental Health Assistant, which quickly evolved into a long-term profession as a Medical Assistant, working under Dr. John Anderson in Port Ewen, NY. She excelled in this field for nearly 15 years at which time she made a shift to a Pharmacist’s Assistant at the Port Ewen Pharmacy in Port Ewen, NY.

Dawn’s favorite pastimes were true labors of love, including, but not limited to an immaculately kept home, producing award winning gardens, and creating taste bud dreams in the form of Mac & Cheese and Beef Stroganoff. She was a true hostess in all roles that she played, anticipating the needs of those around her and rising to the occasion every single time.
Dawn’s departure leaves behind her beloved husband of 29 years, Dennis Van Wagenen of Kingston, NY; her brother, Mark Baird (Jim Kelly); her two daughters, Maggie Wells (Jeromy) and Brianne Creamer (Nathan); and her grandchildren, Austin Wells, Ava Wells, Landon Creamer, and Riley Creamer. Dawn is also survived by her stepfamily, inclusive of her sons, William Van Wagenen (Tara) and Jon Van Wagenen, as well as their children, Rose Van Wagenen, Elsa Van Wagenen, and Gema Van Wagenen. The extended family continues with Garry Ostrander and Richele Liberto.

Services will be private. In lieu of flowers, the family requests you consider a donation in memory of Dawn to The American Kidney Fund, 11921 Rockville Pike, Suite 300, Rockville, MD 20852.

Simpson-Gaus Funeral home is honored to assist the Van Wagenen Family with the funeral arrangements.
To order memorial trees or send flowers to the family in memory of Dawn Van Wagenen, please visit our flower store.