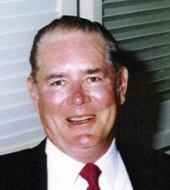 Donald J. Burns, of Bundy Lane and River Road, Rhinebeck died Tuesday, August 26, 2003 at home. He was 67. He was born May 29, 1936 in Kingston, a son of the late Leo and Eva Albright Burns. He was retired from IBM in Kingston where he worked in the boiler room operation and production control. He was a member of the IBM Quarter Century Club and a former chief of the Rhinecliff Fire Departmant. He was also a former constable for the Town of Rhinebeck. On October 27, 1979, he married Janice M. Tator who survives at home. Loving husband of Janice M. Tator Burns, father of Darrell and David Burns and brother of Loretta Scheid and Jerald Burns. Several nieces and nephews also survive. Reposing at the Simpson-Gaus Funeral Home, 411 Albany Ave., Kingston on Fri. from 2 – 4 & 7 – 9 pm. Funeral services will be conducted at the funeral home on Saturday at 11:30 am. Deacon Jack Peters will officiate. Burial will follow in Montrepose Cemetery, Kingston.
To order memorial trees or send flowers to the family in memory of Donald J. Burns, please visit our flower store.