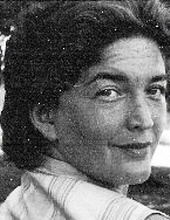 Born in Brooklyn, she was a daughter of the late Harry & Celia Steigman.

In addition to her parents, Edna was predeceased by her granddaughter, Rachel Helmrich.
She was married to William Helmrich (her Billsy) for 65 years. They were married in NYC on June 18, 1950 and were together until Bill’s death in 2015.

Together they shared a full and active life at Ahavath Israel, Wiltwyck Country Club, playing bridge, traveling and spending time with their families in PA and CA. Edna was always the ultimate volunteer with the Boy Scouts, Girl Scouts, JCC, Hadassah , B’nai Brith and Weight Watchers. She worked as a Geriatric Social Worker at the Ulster County Dept. of Social Services for over 20 years. Edna was truly a remarkable woman and loved by all who knew her.

A Celebration of Edna’s life will take place on October 20th at 11:00 at Wiltwyck Country Club in Kingston.