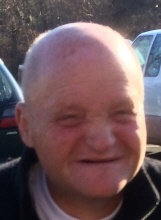 Edward M. Andresen, 56, of Kingston, died Monday, December 28, 2015 at HealthAlliance Hospital Broadway Campus. Born in Brooklyn, he was a son of the late George & Clara Lorenzen Andresen. Eddie enjoyed music, eating and walking around Kingston. He was an avid bowler and New York Jet's fan. Eddie is survived by his two brothers, George Andresen and his wife Vicki of Shohola, PA and Eric Andresen and his wife Lisa of Gardiner, NY. Four nieces and his many friends at Chiz's Heart Street also survive. Eddie will be reposing at the Simpson-Gaus Funeral Home, 411 Albany Ave on Wednesday, December 30, 2015 from 10:00 AM to 11:00 AM. A Funeral Service will be conducted at 11:00 AM at the funeral home. Interment will follow in Modena Rural Cemetery.
To order memorial trees or send flowers to the family in memory of Edward M. Andresen, please visit our flower store.