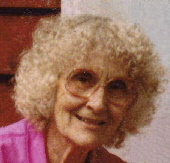 Erma H. Sopris, long time resident of Catskill, died peacefully on Friday, June 10, 2011 at the Baptist Home, Rhinebeck. Previously she resided at Island View Family Care Home in Rosendale. She was 93. She was born in Carroll, OH, daughter of the late Clarence and Vivian Whitehead Miller. Erma was a graduate of Saugerties HS. Over the years she worked as a Selective Service Board Clerk, as a professional drapery & slipcover seamstress, and Erma co-owned with her husband, Lew, the Twinco Store on Main St., Catskill. A long time member of the Reformed Church of Catskill, a choir member and more recently a member of the Grapeville Baptist Church. Erma was an avid gardener and dried flower arranger, she belonged to the Catskill Garden Club and was the Greene & Schoharie Co. Chair for the 3rd District of the Federated Garden Clubs of NYS. As a community supporter she served as, a Girl Scout Troop Leader & Camp Director of the Helen S. Thorpe Day Camp & President of the Catskill Girl Scout Leaders Assn. Erma was District Membership Chair of the Catskill PTA, treasurer of the Hose # 1 Ladies Auxiliary and a soprano for the Treble Choraliers. Erma played the piano and home organ, wove rugs on a loom and was an accomplished crewel worker, quilter and enjoyed square dancing. Beloved wife, for 50 years, of Lewis C. Sopris and her late first husband, Alfred Hallenbeck. Loving mother of Patricia Baker and her husband David of Kingston; son, Alfred "Skip" Hallenbeck of Catlett, VA; grandmother of Lori Baker, Sheryl Delano, Kevin Baker, Eric Baker, great grandmother of Jonathan and Nicole Delano, Keith, Kirt, Justin, Cody and Mikayla Baker and sister-in-law Marie Miller of PA. Predeceased by brothers, Morton Miller; Chester Miller and wife Virginia, Lawrence Miller and wife Effie. Many stepchildren, and their families as well as nieces and nephews survive. A memorial service will be conducted at the Hurley Reformed Church on July 16, 2011 at 11:00 AM. Rev. Robert Gram will officiate. Memorial contributions may be made to the Alzheimers Assoc., 2 Jefferson Plaza, Suite 103, Poughkeepsie, NY 12603. Arrangements by Simpson Gaus Funeral Home, Kingston.
To order memorial trees or send flowers to the family in memory of Erma H. Sopris, please visit our flower store.