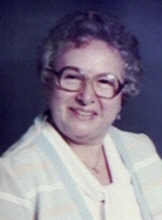 Frances N. Kolts, of Foxhall Avenue, Kingston died Monday, September 01, 2003 at Kingston Hospital. She was 82. A native and lifelong Kingston resident, she was born June 4, 1921, a daughter of the late Raymond and Ida DuBois Parsells. An active member of the Reformed Church of the Comforter, Mrs. Kolts belonged to the Wiltwyck Guild and the Guild for Christian Services. Her husband Eugene Kolts Jr. died November 16, 1981; two sons Robert and Raymond Kolts and one brother Raymond Parcells all died previously Wife of the late Eugene F. Kolts Jr.; mother of Regina Wells and her husband Morgan, and the late Robert and Raymond Kolts; sister of the late Raymond Parcells; grandmother of Frances and Robert Wells and Donna Johnson. Eight great grandchildren, several nieces and nephews also survive. Reposing at the Simpson – Gaus Funeral Home, 411 Albany Ave. on Wednesday 7-9 and Thursday 2-4 and 7-9 PM. The funeral will be Friday at 11:15 AM from the funeral home. Funeral Services will be conducted at the Reformed Church of the Comforter at 12:00 PM. Interment in Wiltwyck Cemetery. Memorial contributions may be made to the Reformed Church of the Comforter Memorial Fund, 26 Wynkoop Pl., Kingston 12401 or the American Cancer Society, PO Box 102454, Atlanta, GA 30368-2454.
To order memorial trees or send flowers to the family in memory of Frances N. Kolts, please visit our flower store.

Reformed Church of the Comforter