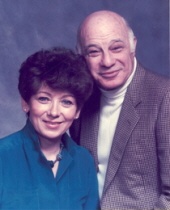 George Svirsky of Ulster Park died Wednesday, March 14, 2012 at the Thompson House, Rhinebeck. He was 92. He was born in Muskegon, Michigan, a son of the late Morris and Minnie Lipman Svirsky. His family moved to Ulster Park when he was 2 years old. George worked at his family's "Esopus Lake Hotel," the site of his family's farm. A Kingston High School graduate, Class of '37, he furthered his education at the Albany School of Pharmacy. George served in the US Navy as a Lieutenant in the European and Pacific Theaters. He was a 60+ year member of the American Legion, Port Ewen Post #1298. As a licensed NYS Pharmacist, he opened "Ulster Cut-Rate Pharmacy" in 1947 on Wall St., Kingston. He sold the business in 1969. On January 10, 1970 George married the love of his life, Marilyn "Becky" Bailey. Involved in his community, George was president of the Kingston Area Chamber of Commerce, a member of the Mayor's Advisory Committee on Urban Renewal and president of the American Cancer Society, Kingston. In 2011, George had a "Tailgate Bar Mitzvah" at Temple Emanuel. He held season tickets for almost six decades for the NY Giants. In 2011 he was one of 10 winners honored by the Giants to have his picture on tickets for the Giants' game against the Seattle Seahawks on Oct. 9th at MetLife Stadium. George was a Kingston Lions member for over 50 years. He served as President in 1958-1959 and received the Albert E. Teetsel Lions Service Award in 1998-1999 and Lions International Melvin Jones Fellow Award in 1998. George served on the Kingston Lions Foundation Board and as a director of the Kingston Lions Club. George set the bar for which Lions' members strive. Beloved husband of the late Marilyn "Becky" Bailey Svirsky who died April 11, 2010; loving father of Jacqueline A. Neubauer and her partner Renee Okerman of Portland, OR; Kimberly M. Meono and her husband Carlos of Franklin Park, NJ; grandfather of Lauren M. Neubauer, Samantha A. Meono and Marissa N. Meono, brother of the late Herman and Julius Svirsky, brother in law of Richard M. Bailey. Several nieces and nephews also survive. Funeral Services will be conducted on Friday at 12:00 at Temple Emanuel, 243 Albany Ave., Kingston. Rabbi Yael Romer will officiate. Interment will follow in Montrepose Cemetery. Memorial contributions may be made to Temple Emanuel, 243 Albany Ave., Kingston, NY 12401.
To order memorial trees or send flowers to the family in memory of George Svirsky, please visit our flower store.