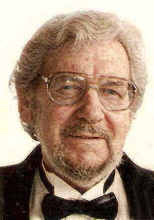 George W. Dymond of Hemlock Ave., Kingston died Wednesday, March 16, 2011 at Kingston Hospital. He was 81. A native and lifelong Kingston resident, he was a son of the late William and Cora Dietz Dymond. He married Shirley J. Ballou on October 30, 1954. In younger years he worked at Mohonk Mountain House. He then was a truck driver with the Teamsters at Kelder's Express and Van's Auto and Air Express. George was an avid mall-walker during his retired years. He loved buying new cars and spending time with his grandchildren who called him "Poppy Boss." Beloved husband of the late Shirley Dymond who died May 8, 1994; loving father of Jeffrey Dymond of Kingston, Jeannine Dymond of Kingston, Kathleen Schneider and her husband Kevin of Hurley, Richard Dymond and his wife Jami of Kingston, Colleen Hack and her husband Stephen of Lake Katrine; brother of Beula "Peg" Lee and her husband Stewart of Stone Ridge and the late Clayton and Gordon Dymond; grandfather of Jason Harding, Samuel Vanderbeck, Zachary and Karlee Dymond, Sarah, Julia, Bradley and William Hack, Richard Dymond Jr., Megan and Daniel Schneider. Several nieces and nephews also survive. Funeral services are private. Memorial contributions may be made to the Arthritis Foundation, POB 7669, Atlanta, GA 30357-0669. www.arthritis.org.
To order memorial trees or send flowers to the family in memory of George W. Dymond, please visit our flower store.