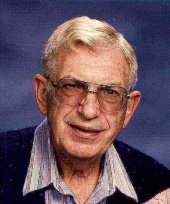 George W. Kupec formerly of Lipton Street, Kingston, died Friday, December 30, 2011 at Tenbroeck Commons Nursing Home. He was 87. He was born in Schenectady, a son of the late Isadore Joseph and Augustina M. Devaty Kupec. George served in the US Army/Air Corps during WW II in Burma-China-India. He married Lois A. Hall on December 1, 1956. Formerly of Schenectady, George worked at General Electric, Schenectady for 16 years. He moved to this area in 1959 and worked as a cost estimator and programmer for I.B.M. in Kingston and then Poughkeepsie for 30 years. He was a member of the Quarter Century Club and Photo Club. A parishioner of St. Joseph's Church, Kingston, George was a Third Degree member of the Knights of Columbus, Scotia. A member of the Catskill Mountain Wood Carvers, he traveled to over 30 elder hostels in Northeast USA. George exhibited his photography throughout the Northeast and was awarded locally and nationally. George belonged to the Society for the Preservation & Encouragement of Barber Shop Quartet Singing in America (SPEBSQSA) and participated in Marriage Encounter. Beloved husband of Lois A. Kupec, loving father of Stephen J. Kupec and his wife Amelia of Austin, TX, Amy M. Kupec - Larue of Paris, France, Christopher W. Kupec and his wife Anique Morrison of Big Indian; grandfather of Kathryn Elizabeth and Sean Christopher Kupec, Theo William, Owen Calvin and Madeline Ella Larue; brother of Betty Gutowski of Florida and the late Raymond R. Kupec. Several nieces and nephews also survive. Reposing at the Simpson Gaus Funeral Home, 411 Albany Ave. on Wednesday from 3:00 7:00 PM. The funeral procession will form on Thursday at 9:15 AM from the funeral home. A Funeral Mass will be celebrated at St. Joseph's Church at 10:00 am. Interment will be in Hurley Cemetery. Memorial contributions may be made to the TenBroeck Commons Nursing Home "Activities Fund."
To order memorial trees or send flowers to the family in memory of George W. Kupec, please visit our flower store.