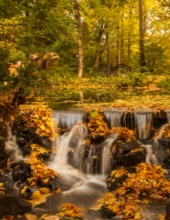 Born in Kingston, he was a son of the late James & Edna Mantobani Pfeiffer. Gerard enjoyed the outside. He could be seen playing in the dirt for hours. He also enjoyed drinking coffee whether it was his or someone else’s.

Gerard is survived by a brother, James Pfeiffer of Kennesaw, GA, and a sister Jeannine Laware of Willis, TX. Gerard is also survived by his ARC family.

In addition to his parents, Gerard was predeceased by two brothers, Theodore and Robert Pfeiffer.

A private family graveside service will be held in Montrepose Cemetery.

Simpson-Hammerl Funeral Home is honored to assist the family of Gerard with the arrangements.
To order memorial trees or send flowers to the family in memory of Gerard Pfeiffer, please visit our flower store.