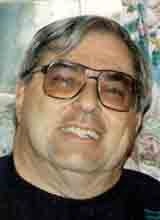 Harry M. Castiglione of Plochman Lane, Woodstock died Friday, October 8, 2010 at his home after a courageous 5-year battle with pancreatic cancer. He was 78. He was born in East Kingston a son of the late Salvatore and Marguerite Fay Castiglione. Mr. Castiglione attended Grammar School in East Kingston and graduated Kingston High School, Class of 1950. He married Mary-Ellen Merigliano on October 5, 1962. Born in to a musical family, Mr. Castiglione studied under Simone Mantia in New York City. He then played in the Franko Goldman Concert Band in New York City. Over the years he played with his father's band "Sal Cas" in this area. Mr. Castiglione toured with the Big Bands and performed on television in New York City. He performed in Kingston with his own bands and performed from the late 1950's till the late 1990's. Mr. Castiglione had his own marching band that performed in parades and patriotic holidays. Since age 16 he belonged to Local 215, American Federation of Musicians. He was the current President and previously served as a board member. He has been honored at SUNY Ulster with the "Harry Castiglione Memorial Scholarship." For over 40 years he chaired and played at the "Christmas Eve Committee" in Woodstock and distributed thousands of Christmas stocking and baskets of cheer to the elderly. Mr. Castiglione served as U.C. Democratic Elections Commissioner for 21 years. He was a Life Member of the NYS Election Commissioners and served as president from 1997-1998. His wife, Mary-Ellen Castiglione died June 11, 2009. One brother Vincent Castiglione and one sister Marguerite McDonough both died previously. Surviving are two daughters Pamela Robinson and her husband Clifford of Blaine, Washington and Cara Castiglione of Woodstock; one son Michael H. Castiglione of Wilmington, Delaware; one brother Richard Castiglione of Elliot, Maine, one sister Sally Hendrickson of Kingston; one grandson Cecil Robinson; many nieces and nephews. Reposing at the Simpson - Gaus Funeral Home, 411 Albany Ave. on Monday from 6-8 and Tuesday 2-4 and 6-8 p.m. The funeral procession will form on Wednesday at 9:00 a.m. from the funeral home. A Funeral Mass will be celebrated at St. John's Church, Holly Hills, Woodstock at 10:00 a.m. Interment will follow in St. Mary's Cemetery. Memorial contributions may be made to St. John's Church, Woodstock Emergency Squad, Benedictine Health Foundation (for Cancer Center) or the Woodstock Christmas Eve Committee, c/o Bank of America, 81 Mill Hill Rd, Woodstock, NY 12498.
To order memorial trees or send flowers to the family in memory of Harry M. Castiglione, please visit our flower store.