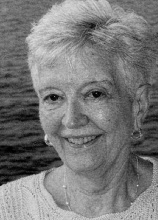 Helen Fitzsimmons Stall, 89, a lifelong resident of Kingston and Hurley, died on Thursday, December 12, 2012 with her family by her side after a lengthy battle with Parkinson's disease. Born January 16, 1923, Helen was the daughter of George and Helen Madden Fitzsimmons. A graduate of Kingston High School and Moran's School of business, Helen was employed by Central Hudson Gas & Electric as a service representative. Later, she was an employee of Kingston Schools Consolidated until her retirement in 1984. Helen and her husband Bill were lifelong members of St. Joseph's Church and Helen taught classes in their CCD program. She was also an active volunteer at People's Place as well as a member of the Hurley Senior Citizens club. Helen and Bill loved to travel and saw much of the world on trips with the Lion's Club. Helen and Bill Stall were married for nearly sixty years, until his passing in December of 2006. Helen's sister Catherine (Kay) Sisco predeceased her in 2007, but Helen is survived by her brother-in-law, Ralph Sisco. She is also survived by her three children and their spouses: her daughter Catherine and (James) Daily of Stockbridge, MA; her daughter Elaine and (Michael) Habernig of Kingston, NY; and her son Robert and (Carolyn) Stall of Littleton, MA. In addition, "Nanny" is survived by her eight grandchildren: Michael and (Kelly) Habernig, Katie Daily and (Robert) Bruckner, Jessica Habernig and (Paul) Flint, Jim and (Annabella) Daily, Rebecca Habernig and (Matt) Kryzak, and Eileen, John, and Barbara Stall; and her four great-grandchildren: Maggie Habernig, Allison and Katie Flint, and Jack Bruckner. A woman truly dedicated to both community and family, Helen leaves behind a tremendous legacy of love and compassion. Reposing at the Simpson Gaus Funeral Home, 411 Albany Ave., Kingston on Sunday from 3:00 7:00 pm. The funeral procession will form on Monday at 9:15 am from the funeral home. A Funeral Mass will be celebrated at St. Joseph's Church at 10:00 am. Interment will follow in St. Mary's Cemetery. In lieu of flowers, please consider a donation to People's Place 773 Broadway, Kingston, New York 12401.
To order memorial trees or send flowers to the family in memory of Helen Fitzsimmons Stall, please visit our flower store.