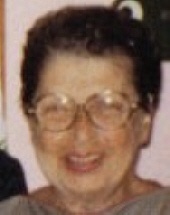 Helen Kletske of Hoyt St., Port Ewen died Thursday morning at Benedictine Hospital. She was 86. Helen was born in the Bronx on July 22, 1918, the daughter of the late Samuel and Sarah Kaufman Goldberg. Her father was in the garment industry in New York and learned of a store for sale in uptown Kingston called 'The Paris' (a women's ready-to-wear clothing Store. Helen and her parents moved to this area in 1923. Helen was raised in the uptown area of Kingston. At the age of six, she started her religious education at Temple Emanuel. Her devotion to Temple Emanuel began at that young age and continued throughout her life. Helen was quoted: 'Growing up in Kingston in the 1930's was very different then what we know today. It was nice, quite fun. We would go to each other's homes on Saturday night and eat fudge. The group consisted of Sylvia Handler, Eddie Bahl, Sidney Spiegel, Herb Greenwald, Beverly Berman, Shirley Silverman and Manny Levy.' Helen graduated from the University of Maryland in 1939 with a Bachelors in Education Degree. She returned to Kingston and married Herbert Kletske on October 8, 1939. Herb operated 'The Paris' with Helen's father. The 'Bride and Groom' joined Temple Emanuel in 1940 and this became Helen's second home. If you want to get something done, call Helen Kletske! Helen was president of Temple Emanuel Sisterhood from 1959 - 1997 'off and on when nobody else could or would.' She also served on the Board of Trustees. From working on the famous Cabaret variety shows, teaching Religious School, to working on all the major fund-raising events, Helen was there. In the early 1950's the community felt a need for a Jewish day camp. Helen and Marion Zwick were willing to be the 'busiess heads' to organize this project at Spring Lake and with Helen's dear friend, Julian Lohre as the counsellor, they operated the day camp for many years. Helen's fund raising expertise and talents have been donated to the United Jewish Appeal Campaign. In 1997 the Jewish Federation of Ulster County presented Helen their 'Community Leadership Award for Lifetime Service.' Helen's husband Herbert died January 22, 2005. She is survived by her daughter Beth Joan Olsson at home, her granddaughter Jackie Lawson and her husband David; her great grandchildren Alexandra and Peter Lawson. Funeral services will be conducted on Friday at 12:00 at Temple Emanuel, 243 Albany Ave., Rabbi Yael Romer will officiate. Interment will be in Montrepose Cemetery. Contributions in Helen's memory may be made to 'Families for Russian and Ukrainian Adoption' PO Box 2944, Merrifield, VA 22116. May her memory be for a blessing.
To order memorial trees or send flowers to the family in memory of Helen Kletske, please visit our flower store.