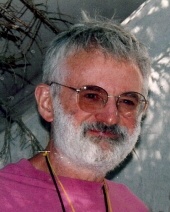 Herbert Jerome Sorgen, 79, of Saugerties, died Monday, August 21, 2017 at Ten Broeck Commons. Born in Brooklyn, New York on July 29, 1938, he was the son of the late Milton and Francis (Glass) Sorgen. Following his graduation from Brooklyn Technical High School, he completed a B.A. in English at Syracuse University in 1960. Following graduation, he taught high school English in Central Square, N.Y., concurrently earning an M.A. in English Education at SUNY Oswego. In 1965 Herb accepted a position as an English professor at SUNY Delhi College. A few years later, Delhi College offered him a sabbatical during which time he earned a Masters in Library Science from the University of Michigan, in Ann Arbor. He then returned to the college as Library Director for the remainder of his career. He retired from Delhi College in 1993. In 1998 Delhi College offered Herb an opportunity to act as a foreign expert as part of their exchange program with the Northwest Institute of Light Industry in Xianyang, China. There he spent three months teaching English and serving in the Institutes library. In the summer of 1962, Herb participated in an English Literature course through the Experiment in International Living/SUNY Oswego which took him to the British Isles and France. While sailing to England, he met Nancy Riffanacht, a fellow exchange student. They married a year later in June 1963. Spending time with his growing family was one of his great pleasures. A passionate outdoorsman, Herb loved hiking, small game hunting, target shooting, trout fishing, cross-country skiing, snowshoeing, canoeing, kayaking, camping, and jogging. He was a force of nature. While teaching high school in Central Square, he enjoyed his role as rifle coach. He was later advisor to the Delhi Colleges Outdoor Club. For thirty-five summers he led hikes for the Appalachian Mountain Club at Echo Lake Camp in Acadia National Park, Maine. He also led hikes for the YMCA Camp in Frost Valley in Claryville, NY. Herb and wife, Nancy, were world-wide travelers from the time they met, visiting countries on every continent except Antarctica, sometimes multiple times. Herb was also an active member in the Delhi and Rhinebeck Rotary Clubs. In addition, he was an active member of the Appalachian Mountain Club and Blue Kats in Saugerties. Over the years he was a member of several synagogues. They were Temple Concord in Syracuse, Temple Beth-El in Oneonta, Temple Emanuel in Kingston and The Woodstock Jewish Congregation in Woodstock. Herb is survived by his wife of 54 years, Nancy. He is also survived by a son, David and his wife Sachiko (Shoko), of New York, NY, a daughter, Laurie of Poughkeepsie and a grandson, Michael Sorgen as well as an aunt and uncle and several cousins. A memorial service will be held on September 10 at 11:30 AM at the Woodstock Jewish Congregation. Interment will be held privately. Simpson-Gaus Funeral Home, 411 Albany Avenue is honored to assist the family with the arrangements. In lieu of flowers, the family requests that memorial donations be made to the Appalachian Mountain Club, 5 Joy Street, Boston, MA, 02108 or to Rotary International, One Rotary Center, 1560 Sherman Ave., Evanston, IL, 60201.
To order memorial trees or send flowers to the family in memory of Herbert Jerome Sorgen, please visit our flower store.