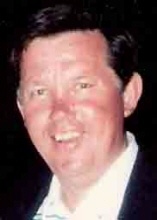 J. Robert Casavant of Marshall Place, Kingston died Saturday, November 14, 2009 at Benedictine Hospital. He was 74. He was born in Woonsocket, RI on September 23, 1935 a son of the late Paul and Emeriza Lagace Casavant. Mr. Casavant graduated from Woonsocket High School. He was inducted in to the US Army in 1954 and was stationed in Alaska until being honorably discharged in 1956. He received an Associates Degree from Worcester Junior College. Mr. Casavant married Georgette Pichette on July 2, 1960. They moved to the Town of Ulster in 1962. In 1962 Mr. Casavant began a career at I.B.M. as a Programmer. He retired in 1989 as a Senior Level Manager and belonged to the Quarter Century Club. An avid golfer, Mr. Casavant was an original member of The Herdegan Hall of Fame with 39 years of service. For 40 years he participated in the Ulster County Men's Amateur Golf Championship (The Herdegen)and currently served as Historian. A member of the NYS Golf Association, he was recognized by the Ulster County Seniors Golf for "distinguished contribution to amateur golf." Mr. Casavant was an Honoree Sheriff of the MC Sheriff's Association's Youth Camp. A parishioner of St. Joseph's Church, he belonged to the FreeMason Society, Stuart, FL, the Ulster County Chamber of Commerce, and the Kingston Kiwanas Club. One sister Julie Pierannunzi and one brother Edward Casavant both died previously. Surviving are his wife of 49 years, Georgette Casavant, two sons Michael Casavant and his wife Debra of Hilton Head, SC and David Casavant and his wife Carole of Reading, MA; one daughter Lisa Miller and her husband Timothy of John's Island, SC; one brother Eugene Casavant of Irvine, CA, one sister Pauline Laplume of Walpole, MA; two grandchildren Matthew and Aimee Casavant; many nieces and nephews. Reposing at the Simpson - Gaus Funeral Home, 411 Albany Ave. on Friday from 3:00 - 7:00 p.m. The funeral procession will form on Saturday at 9:15 a.m. from the funeral home. A Funeral Mass will be celebrated at St. Joseph's Church at 10:00 a.m. Memorial contributions, in lieu of flowers, may be made to the NYS Golf Assoc. "Junior and Boys Division", POB 333, Syracuse, NY 13215.
To order memorial trees or send flowers to the family in memory of J. Robert Casavant, please visit our flower store.