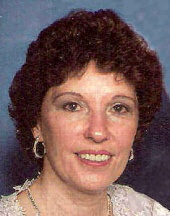 Jacqueline Mary LaRocca Tirado died Saturday, August 30, 2008 at Benedictine Hospital. She was 68. She was born in East Kingston on October 19, 1939, a daughter of the late James and Frances Sisco LaRocca. An area resident for many years, Mrs. Tirado worked at I.B.M., Kingston as a secretary for 10 years. She relocated to Tampa, Florida in 1988. Mrs. Tirado was a secretary at the Hillsborough County Sheriff's Department until retirement. Her husband William Tirado died March 22, 2007. Five brothers Anthony, Louis, VIncent, John and Emil LaRocca and three sisters Teresa and Teri LaRocca and Rose Kotala all died previously. Surviving are one son James Joseph Sickler and his wife Lynn of Amherst; two daughters Deborah L. Katzmire and her husband John of Middletown, Delaware, and Jacqueline A. Dachenhausen and her husband Daniel of Lake Katrine; one brother Thomas LaRocca of Fremont, Nebraska, two sisters Loretta Nestle and Joann Dausch, both of Tampa, Florida; five step children; several grandchildren, nieces and nephews. Reposing at the Simpson - Gaus Funeral Home, 411 Albany Ave. on Monday 2-4 an 7-9 p.m. A Funeral Mass will be celebrated at St. Colman's Church, East Kingston on Tuesday at 10:00 a.m. Cremation will be in Poughkeepsie Rural Cemetery. Inurnment will be in St. Mary's Cemetery at a later date. Memorial contributions may be made to the American Lung Association, 35 Orchard St., White Plains, NY 10603 or the American Cancer Society, 95 Schwenk Dr., Kingston, NY 12401.
To order memorial trees or send flowers to the family in memory of Jacqueline Mary Tirado, please visit our flower store.