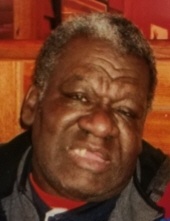 It is with great sadness that we must inform you that James “Huggy" Huggins, 72, of Saugerties passed away on Monday February 8, 20212 at the Kingston Alliance Hospital after a brief illness. James passed away peacefully with the support of his caretaker and friend Brandon. Huggy had been a part of the agency since 1987. He first lived at the Woodstock House and then at the Linnabary residence for 30 years. Huggy had long and established friendships with both his peers and his staff.

Huggy loved all types of music, but especially the Supremes, Ray Charles, Otis Redding, and the Steve Miller Band. Huggy would always hum along and clap to the beat of any song and had a large collection of music. Huggy enjoyed going to concerts and live shows of any type. He saw the Beach Boys at UPAC and The Temptations across the river. He also enjoyed going once a week to Dutchmen's Landing in Catskill for music in the park.

Huggy took pride in his appearance and always dressed to impress. He enjoyed collecting special items such as hats, shoes, and rubber balls. Huggy enjoyed going on trips to watch baseball games, Lake George, New York City, and also enjoyed trips on the Hudson River to go fishing with staff and his friends. He was able to let you know very clearly what trips he did not like, especially the one time he went camping. Huggy also attended the Flatbush Reformed church on Sunday mornings with two of his peers. He had a very good sense of humor and was always observing people and things around him. He was a deep thinker and although he enjoyed being where the music and people were, he also enjoyed having time to just himself.

Huggy will be missed by his Linnabary family and all of the staff members and friends that he has made connections with over the last three decades. The house will not be the same without Huggy humming, singing, watching, and smiling from his favorite spot near the heater in the dining room. “May you rest in peace dear friend. We love you and will miss you so much!” ~Kathy Prendergast

A Funeral Service will be held at 10:30 AM at the funeral home with Reverend Jennifer Bendelius of the Flatbush Reformed Church in Saugerties, officiating.

Simpson-Hammerl Funeral Home is honored to assist with the arrangements for James.
To order memorial trees or send flowers to the family in memory of James Huggins, Jr., please visit our flower store.