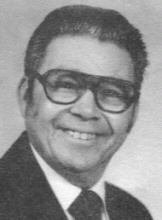 James P. McNerlin, of Guyton Street died Tuesday, July 21, 2003 at Benedictine Hospital after a long illness. He was 71. Born in New York City on August 3, 1931, he was a son of the late John and Margaret Pollock McNerlin. Mr. McNerlin served in Japan with the US Army during the Korean Conflict for 4 years. He belonged to the Joyce – Schirick Post 1386, V.F.W. An area resident since 1973, on May 26, 1974 he married Antoinette M. Serravallo. Mr. McNerlin worked worked at the former Hudson Cement in East Kingston for 18 years and then at I.B.M., Kingston from 1981 – 1993. Beloved husband of Antoinette Serravallo McNerlin; loving father of Armen J. McNerlin and James M. McNerlin; brother of Alexander and Harry McNerlin and Rebecca Montegari; grandfather of Brandon and Shawn McNerlin. Many nieces and nephews also survive. Reposing at Simpson – Gaus Funeral Home, 411 Albany Ave. on Tuesday 7-9 and Wednesday 2-4 and 7-9 PM. The funeral will be Thursday at 9:00 from the funeral home. A Funeral Mass will be celebrated at St. Catherine Laboure Church at 10:00 AM. Burial with military honors in St. Mary of the Snow Cemetery. Contributions in his memory may be made to St. Catherine Laboure Church, PO Box 271, Lake Katrine 12449 or Joyce-Schirick V.F.W. Post 1386, 708 East Chester St. Ext., Kingston 12401.
To order memorial trees or send flowers to the family in memory of James P. McNerlin, please visit our flower store.