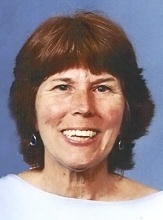 Janis A. Lucash, of Altamont Drive died Monday, November 1, 2004 at Benedictine Hospital. She was 57. Janis was born in Albany on July 16, 1947, a daughter of Jean McTygue Peters and the late Raleigh Peters. A 1965 graduate of New Paltz High School, Janis then received her Masters in Education from SUNY New Paltz. For two years she taught Elementary School in Delmar. Janis then worked as a Social Worker for the Ulster County Department of Social Services for 10 years. For over ten years Janis has worked at the Parent-Teacher Store on North Front St., Kingston. A member of Temple Emanuel, Janis ran the Temple Gift Shop for many years and belonged to the Sisterhood. On November 5, 1978 she married Jeffrey S. Lucash. Their daughter, Sharyn, died March 15, 1980. Surviving in addition to her husband of 25 years and her mother of Saratoga Springs, are sons Nathan of Palo Alto, CA, Seth of New Paltz and Daniel at home; one sister Carol Tibbals and her husband Rus of Richmond, VA; one brother Edward Peters of Lafayette, Colorado. Seven nieces and nephews also survive. Friends may call at the Simpson - Gaus Funeral Home, 411 Albany Avenue on Wednesday from 11:00 - 12:00 PM. At noon there will be a funeral service conducted by Rabbi Yael Romer of Temple Emanuel. Interment will be in Montrepose Cemetery.
To order memorial trees or send flowers to the family in memory of Janis A. Lucash, please visit our flower store.