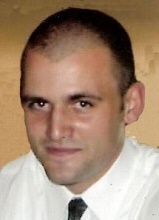 Jason Aldon Jones of Lennox Ave., Glenford ended his journey on Saturday, November 5, 2011 in Stone Ridge. He was 31. He was born in Kingston, a son of Donald Jones and Margaretha Burkhardt Jones. An Onteora High School graduate, Jason played basketball, track and field and was recognized by the Freeman for football. Jason received a Bachelor of Science degree, Cum Laude, from Marist College in Biology with a minor in Psychology, where he continued to play football. He continued his education for sports medicine, then osteopathy, and then received an Associate’s Degree in Nursing at Ulster Community College. Jason recently worked as a Dialysis Tech at Kingston Hospital Dialysis Center. Jason was an Altar Server at St. Joseph’s Church, belonged to Boy Scout Troop #3, Kingston and Hurley Little League. In recent years he was working toward his pilot’s license and flew solo. He trained for a triathlon in biking and running. His other passions were kayaking, hiking, golfing, his motorcycle and helping others heal. Son of Margaretha Jones of Glenford, Donald Jones and his wife Elizabeth of Cornwall, brother of Catherine and Nicholas Jones, both of Cornwall, maternal grandson of Erwin and Donna Burkhardt of W. Shokan, paternal grandson of Ruth Jones of Hurley and the late John Jones. Aunts, uncles, cousins, extended family and many friends also survive. A gathering of family and friends will be held on Friday from 2-4 and 7-9 PM at Simpson – Gaus Funeral Home, 411 Albany Ave. A Memorial Mass will be celebrated at St. Joseph’s Church, Kingston on Saturday at 12:00 PM. Memorial contributions may be made to the Benedictine Health Foundation, c/o The Rosemary Gruner Fund, 105 Marys Avenue, Kingston, N.Y. 12401, the Onteora Runners Club, 113 Emerson St., Kingston, NY 12401 or Hospice Foundation, 34 Broadway, Kingston. Jason’s journey continues.
To order memorial trees or send flowers to the family in memory of Jason Aldon Jones, please visit our flower store.