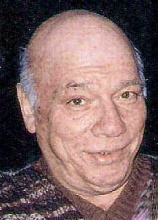 Joseph A. Misasi, 65, of Stephan St., Kingston died Sunday, October 30, 2011 at Kingston Hospital. A native and lifelong Kingston resident, he was a son of Josephine Crespino Misasi and the late Joseph Misasi. A Kingston High School graduate, after working in the cement plant, Joe owned and operated The Pier Restaurant and Ten Grand. Previously tended bar at Long John's and Ricardis. For the past 15 years he has owned Broadway Joe's in Mid-Town. Loving father of Gina Benson and her husband James of Little River, SC, Joseph A. Misasi, Jr. and his wife Rhea of Kingston, Jamie Stanley and her husband Saul of Hannacroix, and Joel Misasi and his wife Jeanette of Hopatcong; son of Josephine Misasi of Town of Ulster, brother of Patricia Misasi-Middleman of New York City and Theresa Misasi of Kingston. Many cousins, aunts and uncles also survive. Reposing at the Simpson Gaus Funeral Home, 411 Albany Ave. on Thursday 2:00 8:00 PM. The funeral procession will form on Friday at the funeral home at 9:00 AM. A Funeral Mass will be celebrated at St. Joseph's Church at 10:00 A.M. Entombment will follow in Wiltwyck Community Mausoleum. Memorial contributions may be made to Kingston Hospital Foundation, 396 Broadway, Kingston, NY 12401. Online condolences may be sent to the Misasi family by visiting www.SimpsonGaus.com
To order memorial trees or send flowers to the family in memory of Joseph A. Misasi, please visit our flower store.