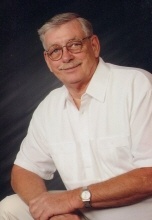 Joseph G. Hutton, 73, of Lake Katrine, died peacefully at home, Tuesday, July 30, 2013. Born in Kingston, he was a son of the late Joseph P. and Margaret Cole Hutton. Joe has been a member of the Kingston Loyal Order of Moose No. 970 since 1964. He served as Governor in 1970-1971 and has received the Governors Diamond Merit Award in 1971, he served as the State District President in 1973 and made his Fellowship Degree in 1974. Joe cooked for Schneller's Meat Market at Belleayre Mtn. Festival and local events and festivals in the area for many, many years. He worked for Kingston Window Cleaning for 40 years and made a tremendous amount of friends over the years. He then worked for Service Master for several years. After his retirement he enjoyed driving a bus for First Student Bus company. He is survived by his wife of seven years, Patricia Keizer Hutton of Lake Katrine, whom he married on July 30, 2006, his ten children, Fred Hutton and his wife Wendy of Tillson, Elaine Wolf and her husband Terry of Lake Katrine, Joseph Hutton and his wife TraceySue of Hurley, John Hutton of Hurley, Kevin Hutton and his wife Christine of Spencerport, Joy Hutton of Kerhonkson, Charles Yetzer of Samsonville, Jeff Yetzer of N.C., Erin Weiss of VA, Amy Yetzer of Kingston, six siblings, Eileen Weatherly and her husband Jerry of Arizona, Colleen Stoltzful of Altamont, Rachel Silvers of Brooklyn, Johanna Castiglione and her husband Frank of Arizona, Jeannine Smith and her husband Varnell of Alabama, Iris Wanda of Port Ewen. Many grandchildren, great grandchildren, nieces, and nephews also survive. In addition to his parents, Joe was predeceased by a brother, Philip Hutton and a sister Diane Hutton. Reposing at the Simpson-Gaus Funeral Home, 411 Albany Ave, on Friday, August 2, 2013 from 2-4 and 7-9 PM. The funeral procession will form on Saturday at 9:00 AM from the funeral home. A Funeral Mass will be celebrated at 10:00 AM at the Immaculate Conception Parish. A committal service will follow in the Wiltwyck Mausoleum. The family requests that memorial donations be made to St. Jude Children's Research Hospital, 501 St. Jude Place, Memphis, TN 38105-1942.
To order memorial trees or send flowers to the family in memory of Joseph G. Hutton, please visit our flower store.