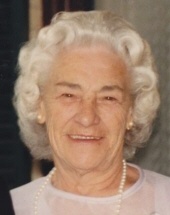 The Seasons of Motherhood By Lisa Flynn Genealogy is the study of your family tree Because trees have roots, and so do we Woman - God's vehicle of creativity She is the start of your family tree The roots in my tree have grown strong Five generations to it belong Motherhood, like trees, for whatever reason With each generation begin a new season Julia is the name of the first tree in my life Michael, my grandfather, she was his wife Together they worked and readied the soil And Josephine was the product of their toil The springtime of motherhood for Julia came out As the buds of life from her body did sprout As she watched the fruits of her labors grow She added four more branches in addition to Jo And Julia's tree gained height and girth Until Jo married, and herself gave birth When Lisa was born, then Jo began spring And summer for Julia was now in full swing Now Jo, as a mother and a wife Added two more branches to her treeï¿½s life Julia's summer saw the blessing Of her branches grown and reproducing Now Jo's tree gained in height and girth Lisa married, and then gave birth Kristin was born; it was now Lisa's spring And summer for Jo was now in full swing Julia had produced five beautiful trees She now had grandchildren from all of these Great grandchildren were now starting to sprout As the autumn of her life began with a shout Her leaves turned colors of vibrant red And she knew the season that lie ahead As Kristin gave birth to little Fred Julia looked on winter without any dread Because life doesn't end, it just changes seasons For God has His purposes and His reasons Each season of motherhood has its own beauty To see the uniqueness of each is our duty Snow, freshly fallen, untouched, and pure white Hugging barren branches, is a beautiful sight Covering the earth with a blanket of snow As night time falls on the trees below It reminds me of arms snuggled so tight Holding me close before bedtime each night The winter season has a certain grace For Wisdom is engraved on each line of her face She looks back on all she has sown Amazed how her branches and seedlings have grown She knows her labors have produced her best As she now enjoys her long winterï¿½s rest Her job is complete, the prize she has won For she's earned the love of everyone When I study the roots of my family tree I realize just how blessed is me While I know there is sadness and maybe a tear Remember, that in your heart, she is always near Just look around and you will see All the branches she left in her legacy. ------------------------------------------------------------------ Julia Spetalieri of Center Rd., Mt. Marion died Saturday, July 30, 2011 at her daughter's home in West Hurley. She was 86. She was born in Manhattan, a daughter of the late Ernest and Julia Burnham Zeh. Julia married Michael A. Spetalieri on October 4, 1940. They lived in the Bronx for many years and moved to Mt. Marion in 1969. After 20 years, Julia retired in 1989 as Central Services Supervisor at Kingston Hospital. Her husband, Michael, died March 6, 2001, her son Michael Spetalieri died May 8, 2008. Her brothers and sisters, Mary Foley, Ernest Zeh, Grace Tartaglia, Edward Zeh and Jack Zeh all died previously. Surviving are her children Josephine Catone of West Hurley, Judith LaPeruta of Mt. Marion, Susan Claussell of Alexandria, VA, and Stephen Spetalieri of Richmond Hill, GA; 13 grandchildren, 15 great grandchildren, 6 great great grandchildren, many nieces and nephews. Reposing at Simpson - Gaus Funeral Home, 411 Albany Ave. on Wednesday 2-4 and 7-9 p.m. A Funeral Service will be conducted on Thursday by Deacon Jack Peter's at 12:00 p.m. at the funeral home. Interment will follow in St. Mary of the Snow Cemetery, Barclay Heights.
To order memorial trees or send flowers to the family in memory of Julia Spetalieri, please visit our flower store.