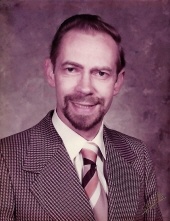 Mr. Gellhaus worked for 27 years for IBM, before retiring in 1990. He was a publications manager for IBM in Poughkeepsie, the United Kingdom, and Kingston. For the fifteen years preceding his retirement, he was a system programmer in Kingston.

He graduated from (the Baltimore Polytechnic Institute) in 1945. He graduated as an electrical engineer from Cornell University, in 1949, he was an assistant editor of Electrical Word for the McGraw-Hill Publishing Co, in New York City, then a branch chief at the U.S. Naval Surface Weapons Laboratory, White Oak, MD. He also worked for Univac (now Unisys) as a publication engineer in Philadelphia. He received his MS in Electrical Engineering in 1964 from Drexel University in Philadelphia.

Mr. Gellhaus served in the U.S. Army Air Corps during World War II. During and after the Korean conflict, he served as a first lieutenant in the U.S. Army Reserves, Fort Myer, Virginia. He was a training officer and then executive office of the 467th Ordnance Company, 2nd Army.

Locally, Mr. Gellhaus was a member of St. John’s Episcopal Church in Kingston, the IBM Quarter Century Club, Ulster Community College Friend-Tutor Programs, and the Hurley Heritage Society. He was a volunteer computer instructor/coach at the Kinston Senior Computer Learning Center from 1995 to 2012. He had been an avid tennis player and was a long-time member of the Hurley Recreation Association and the Kingston YMCA. He was a member of the alumni associations of the Baltimore Polytechnic Institute and Cornell University.

The son of the late Herbert Lawrence and Adele Rohrer Gellhaus, he was born October 22, 1927.
Mr. Gellhaus is survived by his beloved wife of 61 years, the former Mary Genevieve Lee, whom he married on November 14, 1959, and three sons: Kenneth Lee of Clifton Park, NY, Thomas Michael (Katherine) of Schenectady, NY, and Steven Lawrence (Lana) of New Rochelle, NY. He is also survived by granddaughter Ava Sophia Gellhaus of New Rochelle, NY, nephew William L. Gellhaus of Philadelphia, and former daughter-in-law Elayne G. Gold of Albany, NY.

He was predeceased by his brother, Rodger L. Gellhaus.

The family asks that, in lieu of any flowers, a donation be made to St. John’s Episcopal Church/Building Project.
To order memorial trees or send flowers to the family in memory of Kenneth Michael Gellhaus, please visit our flower store.