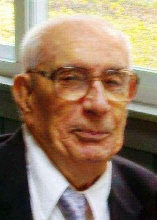 Leonard A. Fornito, 90, of Fairview Ave, formerly of Saugerties, died Monday, January 16, 2012 at Kingston Hospital. Born in Brooklyn, NY, he was the son of the late Michael & Lena Dattalo Fornito. He was a veteran of the US Army, having served for three years during WWII in the pacific theatre. He was with General McArthur's first company, which occupied Japan. Leonard worked for over 20 years as a Production Control Manager with Kingston Knitting Mills. He was a life member of the Saxton Fire Company, serving as secretary for 24 consecutive years. Elected as a commissioner of the Saxton Fire District for 22 years, serving as district secretary for most of that time. Past Commander of Flushing Post 476 Catholic War Veterans and a member of the American Legion. Leonard is survived by his wife of 64 years, Mildred Marino Fornito, his son, Richard Fornito and his wife Donna of New Berlin, his daughter, Lena Iredell and her husband Dan of Bowie, MD, his five grandchildren, Richard, Anthony, Jennifer (Matthew), Brett and Kevin. Two great grandchildren and several nieces and nephews also survive. He was predeceased by his siblings, Marie Nugnes, Anthony Fornito and Michael Fornito, Jr. Reposing at the Simpson-Gaus Funeral Home, 411 Albany Ave. on Thursday, from 11 AM -12 PM with a funeral service to follow at noon with Deacon Jack Peters officiating. Interment, with military honors by the VFW Post Joyce-Schirick Post 1386, will follow at Montrepose Cemetery. Memorial contributions may be made the Saxton Volunteer Fire Company, 3853 Route 32, Saugerties, NY 12477
To order memorial trees or send flowers to the family in memory of Leonard Fornito, please visit our flower store.