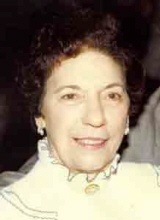 Lillian T. Cicoria, of Sawkill Road, Kingston, died Thursday, December 30, 2010 at St. Peter's Hospice, Albany. She was 91. She was born in Kingston, a daughter of the late Philip and Theresa Borelli Naccarato. With her husband, they established the Sawkill Trailer Park in 1956. A graduate of the Benedictine School of Nursing, Mrs. Cicoria worked as a Registered Nurse in the White Plains area. She returned to Kingston in 1950 and worked at Benedictine Hospital. She belonged to the NYS Nurses Assoc. She later worked as the Director of Medical Division at Ulster County Dept. of Social Services. A parishioner of St. Catherine Laboure Church, she belonged to their Altar - Rosary Society. Active in the Town of Ulster Republican Committee, Mrs. Cicoria completed her husband's term as Town Councilman after his death. Beloved wife of the late Anthony S. Cicoria who died November 15, 1985; loving mother of Jane "Jaime" Touhey and her husband Joseph F. Touhey, and Dr. Anthony D. Cicoria of Oneonta; grandmother of Sean and Sabrina Touhey, Jessica, Jordan and Christopher Cicoria; sister of the late Mary Otto, Frances Hamilton, Emma Mautone, Louise Altomari, Joseph and John Naccarato; many nieces and nephews. Reposing at the Simpson - Gaus Funeral Home, 411 Albany Ave. on Sunday from 1:00 - 4:00 p.m. A "Nightengale Service" will be conducted at 2:00 p.m. The funeral procession will form on Monday at 11:30 a.m. from the funeral home. A Funeral Mass will be celebrated at St. Catherine Laboure Church at 12:30 a.m. Interment will follow in St. Mary's Cemetery.
To order memorial trees or send flowers to the family in memory of Lillian T. Cicoria, please visit our flower store.