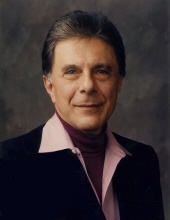 A lifelong resident of Ulster County, he was an attorney, civic leader and pioneer in the development and expansion of business in Ulster County. A graduate of Kingston High School, Fordham College and Fordham Law School, he served in the Army after law school.

From an early age, he worked with his parents at their RoseMarie Restaurant and Cabins on Rt. 9W. Later in life, he partnered with his father Joseph, to establish a local specialty furniture store, Moderniture.

He worked in all three branches of New York State government: as counsel to UC Assemblyman the Hon. Kenneth L. Wilson; as Asst. Atty. General in the Executive Dept of the State under the Hon Louis J. Lefkowitz; and as Confidential Law assistant to the Hon. John J. Larkin, Justice of the NYS Supreme Court.

Having a lifelong devotion to civic and legal development of Ulster County, for more than four decades, he also served as Town Attorney. He oversaw infrastructure improvements in town and was active in bringing in major residential, commercial and business developments, such as the Pyramid Hudson Valley Mall.

In 1951 he established a law practice with his lifelong friend Joseph D. Saccoman, which lasted several decades. He practiced general law with an emphasis in real estate and municipal law, and was a Licensed NYS Real Estate Broker.

Louis helped establish the Catholic parish St. Philomena, (later St. Catherine Laboure), as a co-trustee, fundraiser, building committee member and legal counsel for the church. He aided in establishing the first Kiwanis Club in the town, was a charter member and director, and spearheaded reorganizing and revitalizing what became the Town of Ulster Business and Professional Association.

Louis was widely known for his love of knowledge, and his idealism. His insatiable curiosity led him to investigate and appreciate geology, art, architecture, philosophy, religion, music and nature throughout his life. Fascinated by the geology of land his family owned, he created an outdoor sculptural sanctuary which he named Alpha Omega, in the town of Ulster, comprised of 30 massive round boulders positioned in a circle on an ancient limestone outcropping. He adorned it with junipers planted in symbolic arrangements. Many visitors to this installation found it a place that inspired spiritual reflection, reverence and peace. He took great pleasure in creating beautiful natural environments for others to enjoy, whether it was a neighborhood skating pond he excavated at his residence (enhanced with lights and music), or the diverse, unusual trees and flowers planted on his property, Agape.

He brought enthusiasm and passion to all his interests and adventures. He asked a million questions. He chain-smoked, until he quit cold turkey. He taught his daughters to play softball, fly kites, ride bikes, drive, play tennis, swim, and so much more. And contrary to popular belief, he actually never wore a cape: he just styled his coat that way

He is survived by his daughters Mara Di Donna of Ulster Park, NY, and Deirdre Di Donna, of Wayland, MA.; his brother Richard (Gisele) Di Donna of Darien, CT; many nieces, nephews, cousins, and devoted lifelong friends in Kingston. He was predeceased by his brother Joseph Jr., his ex-wife Mary Catherine Conway, and his longtime girlfriend Michal Roy.

A Funeral Mass will be celebrated on Friday at St. Peters Roman Catholic Church, 93 Wurts St. Kingston at 11:00 AM.

Flowers may be sent to Simpson-Gaus, or donations made to Family of Woodstock, 16 Rock City Road, Woodstock, NY, RCAL (rcal.org), or Kingston Land Trust.

Simpson-Gaus Funeral Home is honored to assist the family with the arrangements.
To order memorial trees or send flowers to the family in memory of Louis DiDonna, please visit our flower store.