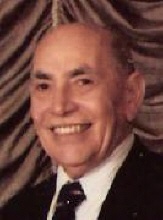 Please note: The time for the funeral service is 11:00 AM on Monday. Marcus Margaretten of Brabrant Road, Town of Ulster, died Saturday, January 5, 2008 at Benedictine Hospital. He was 99. He was born in New York City on October 3, 1908, a son of the late Solomon and Kate Klein Margaretten. Mr. Margaretten was raised on the lower east side of Manhattan and then moved to Brooklyn. He married Hilda Arons on June 21, 1935. He later lived in East Meadown, Queens and then Manhattan. For many years Mr. Margaretten owned a dental supply company and worked as a dental technician. He continued to work till age 80. In 1987 he moved to Kingston and became active at Congregation Agudas Achim. For many years he served as treasurer of the synagogue. His wife Hilda Arons Margaretten died December 11, 1991. Five brothers, Fred, Isador, David, Joel and Elias and four sisters Julia, Ella, Malvina and Miriam Margaretten all died previously. Surviving are two daughters Janice Fabian of Kingston and Myra Altman of Town of Ulster; one grandson David Altman; one great grandson Benjamin Isaac Altman; many nieces and nephews. Funeral services will be conducted on Monday at 11:00 AM at Simpson - Gaus Funeral Home, 411 Albany Ave. Interment will be in Montrepose Cemetery. Memorial contributions may be made to Hospice, Inc., 34 Broadway, Kingston, NY 12401.
To order memorial trees or send flowers to the family in memory of Marcus Margaretten, please visit our flower store.