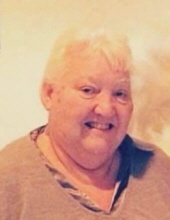 Born in Kingston, she was a daughter of the late Marvin & Hazel Rosa Phillips.

Margaret married her lifelong and childhood friend, Dennis Sr, in 1969. They lived in Sawkill and Eddyville before settling down in Port Ewen where they raised their family. She enjoyed the outdoors, be it camping or parked along the river watching the boats go by. Watching birds, especially her favorite hummingbirds, come to the feeders in the yard or outside her window was a favorite way to spend the warm days. Every Tuesday, you know she could be found doing ceramics, just like on Sunday mornings going to friends to catch up on the past week. But most of all, she loved being with her grandchildren, knowing what each one liked to make their time together special, be it taking them to movies, the beach, and parks. She truly cherished the time spent with family and friends.

Margaret is survived by her two sons, Dennis Longendyke, Jr. and his wife Lisa of Norwich, CT and Kenneth Longendyke and his wife Kimberly of Port Ewen, three brothers, Charles Phillips and his wife Judy of Kingston, Leonard Phillips of Antioch, CA and Joseph Cannon and his wife Kelli of Stone Ridge, seven grandchildren, Austin, Zoe, Kaitlyn, Mariah, Cameron, Mason and Annaliese. One great granddaughter, Serena and several nieces and nephews also survive.

In addition to her parents, Margaret was predeceased by her husband, Dennis Longendyke, Sr. and a brother, Chuck Lowe.

A private family graveside service will be held in Montrepose Cemetery.

Simpson-Hammerl Funeral Home is honored to assist the family with the arrangements.
To order memorial trees or send flowers to the family in memory of Margaret A. Longendyke, please visit our flower store.