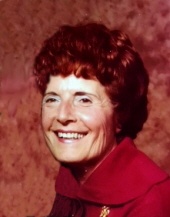 Margaret Marge Forcino, 101, of Kingston died Saturday, September 29, 2018 at Ten Broeck Commons. Born in Glasco, she was a daughter of the late Louis & Susan Mayone Costello. Marge was a beautician in the Kingston area for many years before retiring. She enjoyed dining and traveling, but most of all she enjoyed spending time with her family and friends. Marge is survived by her sister, Rose Rinaldi of Saugerties and her brother, Fred Costello and his wife Maria of Glasco and a sister in law, Stella Costello of Glasco. Many nieces and nephews also survive. In addition to her parents, Marge was predeceased by her husband, Thomas Forcino, whom she married in 1954 and who passed in 2014, and six siblings, Fannie DeCicco, Stella Sasso, Mary Misasi, Frank Costello, Louis Costello and Theresa Misasi. Marge will be reposing at the Simpson-Gaus Funeral Home, 411 Albany Ave on Tuesday, October 2, 2018 from 4-7 PM. The funeral procession will form from the funeral home on Wednesday at 9:00 AM. A Funeral Mass will be celebrated at 10:00 AM at St. Joseph Church in Kingston. Interment will follow in St. Mary of the Snow Cemetery.
To order memorial trees or send flowers to the family in memory of Margaret "Marge" Forcino, please visit our flower store.