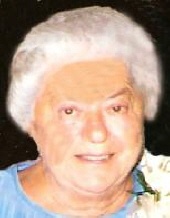 Margaret 'Peggy' Carle, of Greenkill Avenue, Kingston died Monday, February 26, 2007 at the Golden Hill Health Care Facility. She was 93. A native and lifelong Kingston resident, she was born on August 18, 1913, a daughter of the late Marshall and Mary Martelli Amarello. For 15 years she worked at the Ulster County Infirmary as a nurses aide. A former local vice president of the C.S.E.A., she retired in 1978. A parishioner of St. Joseph's Church, Mrs. Carle was a past president of the Columbiettes, Kingston Council #275. She belonged to the V.F.W. Ladies Auxiliary and was a life member of the Cordts Hose Ladies Auxiliary. Her husband John A. Carle died May 21, 1951; seven brothers Ernest, Marshall, Frank C., Michael, Seymour, John and Arthur Amarello; three sisters Madeline Amarello, Grace Carchidi and Rose Marinucci all died previously. Surviving are three daughters Mary Ann Houghtaling and her husband John, Jacqueline Van Etten and her husband Ralph and Arlene Rion and her husband Fred, all of Kingston; one son Bernard Carle and his wife Barbara of West Hurley; one brother in law Joseph Carle of Sunnyvale, CA; nine grandchildren John Van Etten, Peggy Bockelmann, Michael Houghtaling, Marie Smith, Jocelyn Cariello, Fred Rion Jr. and Leigh Ciferri; twelve great grandchildren, many nieces and nephews. Reposing at the Simpson - Gaus Funeral Home, 411 Albany Ave. on Thursday 2-4 and 7-9 PM. The funeral will be Friday at 9:15 AM from the funeral home. A Funeral Mass will be concelebrated by Fr. Frank Damis and Msgr. William Williams at St. Joseph's Church at 10:00 AM. Interment will be in St. Mary's Cemetery. Memorial contributions may be made to the 3C 'Golden Hill Activities Fund', 99 Golden Hill Dr., Kingston, NY 12401.
To order memorial trees or send flowers to the family in memory of Margaret Peggy Carle, please visit our flower store.