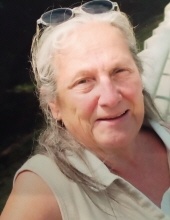 Margaret “Peggy” Gohl, of Kingston, died Monday, June 29, 2020 in the same home in which she was raised.

She was the daughter of the late Charles & Margaret Schaetzel Vogt. She was preceded in death by Jack Gohl, her husband of 34 years as well as her only sister, Carolyn Charmello.

Our Mom was employed by IBM for twenty –seven years. After her retirement, she became a licensed massage therapist working in Saratoga, New York. Her great joy was in volunteering. She cooked meals for Angel Food East. With her husband she founded Kingston Against Drugs. Peggy, a staunch Democrat, volunteered for Assemblyman Kevin Cahill and was a decades-long volunteer for Congressman Maurice Hinchey.

Due to Covid restrictions the calling hours and funeral service will be limited to immediate family only.

Interment will be privately held. Everybody who knew her has a “Peggy Story” so we hope to schedule a memorial in the future.

Simpson-Hammerl Funeral Home is honored to assist the family of Peggy with the arrangements.

The family requests that memorial donations be made to a charity of one’s choice.

Online condolences may be left for the family of Peggy by visiting
www.SimpsonHammerl.com. The family would also appreciate any “Peggy Stories” which can be left online or mailed to the family’s home.
To order memorial trees or send flowers to the family in memory of Margaret "Peggy" Gohl, please visit our flower store.